Inspired by Layer Tennis, we collaborated on four data visualizations (four matches) where we swap the file back and forth adding to the work. Each match lasted for eight or 10 rounds with 45 minutes per round, and the person who served got to choose the dataset for the match.

All visualizations were made in R with ggplot2. For the last one, we used Figma for post-processing and adding additional text. During the process we used shared documents created with Quarto for writing the code and adding our comments. All the documents and visualizations were in a GitHub repository, where we pushed our updates after each round.

Share of U.S. graduates residing in the same state as institution graduated from by state, data from Johnathan Conzelmann et al., 2022 by way of Data is Plural.

The first round started with a geo-faceted basic arc bar chart. In the following rounds, we tested color palettes and the addition of a distribution bar code plot under each state’s arc bar. We tried using a waffle plot as a legend showing the number of states per percentage bin in round five and six, however reverted to round four’s version to preserve the focus on the arc bars. In round seven and eight, we came up with a secondary chart to show the distribution by division.

Match 2 began with a series of exploratory plots to discover the data. From rounds three-five, we tested multiple variations of distribution plots along with labels and flag images to showcase the distribution by the World Bank income group. This was followed by the experimentation of tile-based world map inspired by Bloomberg and not quite my grey @quite_grey in rounds six and seven. We spent the last three rounds polishing, then combining, the distribution and tile map plots.

Round one started with alluvial bump and circular beeswarm plots inspired by the polar stream graph featured in Data Vis Dispatch, June 21. Round two transformed the circular beeswarm into the shape of a cross hair and label adjustments. We refined the axis labels and added incident count annotations in rounds three and four. We spent rounds five to eight  the alluvial bump and polishing the output.

We used rounds one to four to look for interesting patterns before starting the network graph in round five to showcase the interconnections between main plays and theaters in the dataset. In rounds six and seven, we simplified the network plot to only interconnections in 1935 and tested out labels and color palettes. In round eight, we added a bar plot to show that 1935 was the year with the most main plays and created a list of main plays to be labeled. The labels of the main plays were added in round nine and shapes were used to differentiate main plays and theaters in round 10 before exporting svg. We used Figma to add legend, header, and more annotations before submission to the Nightingale Magazine Data Is Plural Visualization Challenge.

Georgios: This was easily the most fun experience I’ve had with data visualization! I especially enjoyed not knowing what Lee would come up with when it was her turn – and she more than once came up with great ideas. Having some game rules was particularly useful for moving each plot forward and not getting lost in the details. We both knew we had limited time for each round, as well as a limited number of rounds, so every minute counted!

Lee: Working with Georgios on this collaboration has been the highlight of my data visualization learning process. The tennis format has made the data visualization process even more exciting with the continuous exchange of ideas, thoughts, and methods. While coming up and executing new ideas within the time limits at each round can be challenging, the best part of this collaboration is being able to learn from Georgios and get feedback at every turn. Overall, this has been an extremely positive experience, 10/10 would do it again. 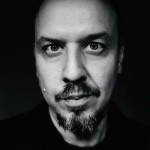 In February 2021, people on Twitter were challenged to re-create the historical data visualizations of W.E.B. Du Bois. The goal of the challenge was to..

Effective Data Visualizations Should Focus on Narrative, Not Numbers

Data visualization is an incredibly powerful tool — but too often, it’s underutilized or simply misused by brands and other organizations. That’s not just because people..
Advertise in Nightingale
Advertising in Nightingale is the best way to get your message to thousands of dataviz professionals every day.
We offer sponsorship packages for digital, print, or a combination of both!
Email us to get started