Since the Data Visualization Society (DVS) was founded, its membership has grown far more quickly than could have been anticipated. Within just a few months, the membership had grown to over 5600+ members and the numbers continue to rise.

We quickly needed an open communication platform, and before long the decision was made to go with Slack. In order to join the Data Visualization Society, opt into joining Slack and before long you will receive an email invite to join. Slack is one of those platforms that is growing ever more ubiquitous, which in itself is a pretty good reason to adopt it. But we know that there will be people who are not big fans, as well as plenty of people who are unfamiliar with it.

As for me — I’m no expert at using Slack, but I had no qualms using a platform that so many people were familiar with.

So why are we using Slack, and what works well?

Love or hate twitter, it’s all about the followers: who is a perceived leader, or bigger and better person, because they have more followers? Who’s achieved enough notoriety that they have an infamous blue tick of verification? Who’s on the latest list of 50 biggest influencers in data viz?

In Slack, there’s none of that. Everyone enters as just a person. All channels are open to everyone, and all users have the same privileges. You may see a reply on a post from a user named “Alberto” who turns out to be Alberto Cairo, but it’s a voice that is no more amplified than anyone else. It’s a refreshing reboot, and it’s a great feature.

(2) There are so many different channels

The different number of channels allows you to pick and choose, with every individual channel giving more focus to different themes. Maybe you’re just interested in what’s coming up in New York City, or Europe? Join #location-nyc or #location-europe. Particularly interested in historical data visualisation, or looking for advice on accessibility? Join #topic-historical-viz or #topic-accessibility. You get the idea.

But the great thing about so many subdivisions is that after deciding where you want to join, you may find some you wouldn’t have thought about before. I wouldn’t initially have thought of joining #topic-historical-viz myself, but have found some fascinating work of pioneers through the ages that I wouldn’t have otherwise known about. This example from Otto Neurath isn’t to everyone’s taste but I love it, and would not have found it had I not stumbled across a conversation that piqued my interest in the aforementioned channel.

The full list of Slack channels is right here — there are no limits to the number you can sign up to. Pick some favourites, then pick something new, you don’t know what you might find!

OK, this isn’t a feature of Slack as such, but it is a feature of how we have decided to set up the platform. In setting up so many individual channels, it’s clear that there aren’t any channels for individual tools. This is one thing I love about DVS. Now I’m a Tableau person through and through but I already know where to turn for all things Tableau — that’s not what I look for within DVS. Being non-tool-specific allows the focus to move away from the “how” and into the process, practice or output. I like that, and it also feels like it makes everything more accessible

Slack strikes me as none too serious. A friend and fellow user told me that I better know my emojis and it’s not hard to see why! This particular middle-aged Brit has only just figured out how to do a smiley face with punctuation marks. 🙂 But although it’s not all about that, the overall tone of the interface and interactions gives the impression of a friendly space.

We’ve found that due to the large user base it’s been important to maintain the slack channels to keep conversations in threads. This is a nice idea which has allowed for areas to be uncluttered despite the conversations going on. But it’s not always easy to spot an innocent post/question which has 57 replies that can lead you into a long chain of discussion, example, (friendly) argument and counter-example. Some of the best advice and visualization examples I’ve witnessed so far have been in such threads.

Now we know that Slack isn’t everyone’s preferred tool. And even if you don’t have major objections to it, you might think that it’s somewhat overwhelming and yet another thing to have to feel you want to keep on top of: why should you bother?In reality though, the Data Visualization Society is not all about its Slack channels, which just so happens to be its first and most visible tangible output. It’s a resource that might not be perfect but it’s proving to be valuable for more and more members. For everything else the DVS is doing and has planned, check out datavisualisationsociety.com. 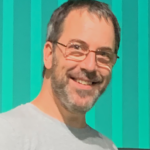 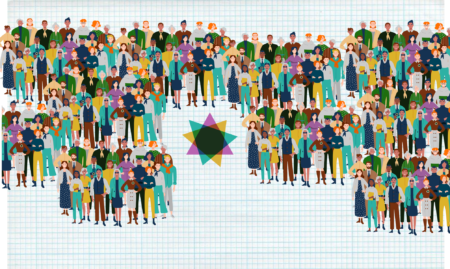 In February 2019, the Data Visualization Society launched with a website, a Google form, and a vision from our three founders to be a tool-agnostic,..

On July 28, 2021, the Data Visualization Society hosted a Fireside Chat to discuss accessibility in data visualization. I moderated a panel of community members.. 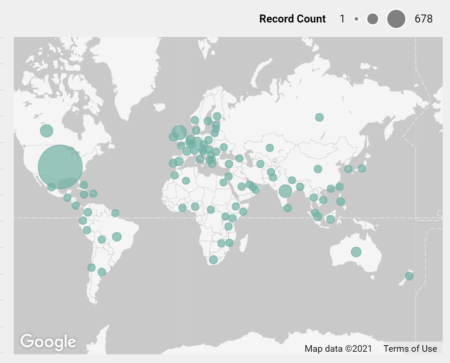 What the DVS Team Did on Summer Vacation

Ever wonder what’s happening behind the scenes at DVS? What are the Board and Committees working on? What’s coming up soon?Here’s a bit about what..
Show your support!
Subscribe to Nightingale Magazine
Nightingale Magazine is a collectible community celebration! Our print magazine showcases some of the most compelling data visualization projects and stories from around the world.
SUBSCRIBE NOW! $40 for 2 issues